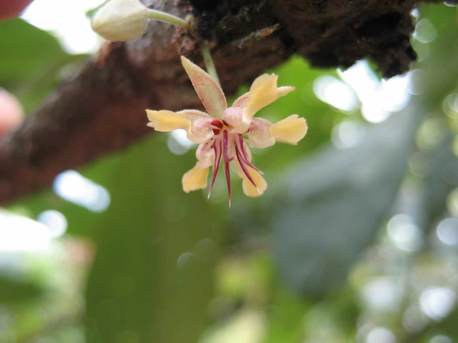 Cacao flower (picture by Nestor Gutierrez)
One of the most rewarding professional and personal experiences I ever had was my participation in the CAMBIOS project, a wonderful initiative to promote sustainable production of Porcelana, the most aromatic variety of cacao which is native from the Andean foothills east of the Maracaibo lake in western Venezuela. During our research we described the biodiversity associated to cacao plantations and fell in love with the cacao culture. In this project I worked with Juan Gaviria and Nestor Gutierrez who were truly wonderful mentors.
We reported a new invasive weed in Venezuela, and I prepared my very first (and very ugly) botanical illustration, which you can enjoy here:
​http://saber.ucv.ve/ojs/index.php/rev_erns/article/view/1784/1659
Or just grab it:

Species of Croton in the Venezuelan Andes

Ruellia from Venezuela: a monograph 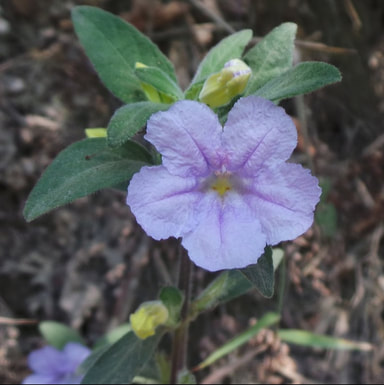 R. geminiflora, Erin's favorite species...
​
​​Back in 2009 Erin Tripp, a postdoc working on systematics of Ruellia (Acanthaceae), wanted to go to Venezuela to do fieldwork and visit herbaria. She needed a field assistant and I happened to be the one (she didn't look hard enough!). After some planning, we spent two months in the field visiting 14 states and 10 herbaria... in retrospective I can say that I know the country because of that trip! Over the years, Erin and I have been in the field in six different countries, collected hundreds of samples and more recently, we collaborated to prepare a taxonomic treatment for Ruellia for Venezuela (here). We studied the 29 species that occur in the country, many of which are yellow-flowered and some are bat-pollinated, which is not particularly common in the group.
Needles to say that Erin has been a great influence on my career and I now I'm lucky to count her as a friend. If you want to learn more about Ruellia (and lichens!) you must check out her website! 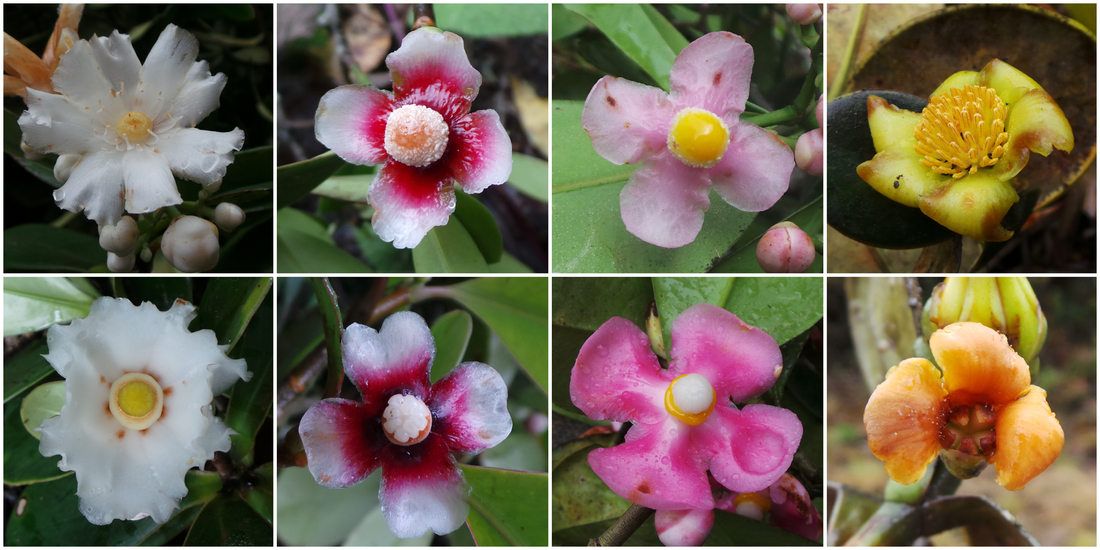 From left to right: C. odorata, C. lineata, C. petiolaris and C. flaviflora (top row are male and bottom row female flowers)
I grew up in Mérida, Venezuela a lovely city surrounded by Andean cloud forests in which many species of Clusia can be found. Clusia was one of the first genera I learned to recognized in the field (easy task) and ever since then I wanted to know more about this amazing groups of plants. Plants in Clusia can be terrestrial or hemiepiphytes, they can produce pollen, nectar or floral resins as reward for pollinators, have "regular" C3 or CAM photosynthesis (or everything in between), and even some plants are cockroach pollinated!
When I went to California Botanic Garden for graduate school, I had the opportunity to develop my own project on plant systematics in Clusia. I estimated the evolutionary history of CAM photosynthesis in the group using genomics, leaf anatomy, and biochemistry, and resolved a number of taxonomic issues. One of the most interesting and fun projects I completed was the one matching male and female plants of Clusia based molecular evidence, or what I called: playing the taxonomic cupid
During grad school I was fortunate to have Lucinda McDade as an advisor, who is one of the people I have learned most from in my career. Along with many great collaborators, I described new species of Clusia from Colombia, Ecuador, Panama and Venezuela including C. scariosepala, C. hirsuta, and C. guabalensis
​
Powered by